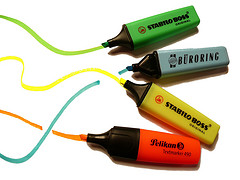 Last week folks from Apple, Google, Microsoft, Mozilla, and Samsung met in San Francisco to talk about service workers. The focus was on addressing problems with the current spec and to discuss what new features should be added next.

The minutes for the meeting are online. We covered a lot of ground, though, and these notes are thirty pages long. It seems many people will simply throw them in the “tl;dr” bucket and move on.

The goal of this post is to try to distill the meeting into a few highlights that are a bit more readable and still reflect what we accomplished.

The group came to agreement (more or less) on these items:

This list mainly focuses on the decisions that came out of the top level agenda items. There were many other discussions that did not resolve to any immediate decision. In addition, a lot of good work was done addressing many of the open v1 issues. Please see the minutes if you want to delve into these topics.

Integrating Fetch Event with Other Specs

The group decided to investigate and document how the fetch spec should be integrated into pre-existing specs.

Unfortunately, the majority of the other pre-existing specs do not currently use the fetch spec to perform network requests. Instead they use their own algorithm or no specific algorithm at all.

This is a problem because many of the security checks in the fetch spec require that attributes are set properly on the request. Each spec must set the appropriate Request context and mode.

In addition, its unclear if certain specs should not intercept at all. For example, it seems appcache requests should never produce service worker fetch events, but what about things like CSP violation reports?

These questions are not currently answered by the available specs.

At the meeting last week, however, Google’s Matt Falkenhagen offered to help us at least determine what Chrome currently ships. We plan to examine each network request call site to methodically determine the correct behavior and attributes. We will then document the result in the fetch spec until it can be properly moved integrated into the other specs.

This is great news for Mozilla because the potential security holes here are the main reason we chose not to ship in Firefox 41.

The group decided to pursue a fetch oriented design for communicating with cross-origin service workers.

For a while now Google has been working on an addition to the spec to allow service workers for different origins to communicate with one another. This would support use cases such as:

The solution was originally envisioned as an RPC-like API called navigator.connect().

Over time, however, the effort migrated to a system based on FetchEvent. The idea is to permit a service worker to intercept fetch events to its own origin. So, for example, Google could register a service worker that receives fetch events for analytics.js and instantly returns the script from the offline Cache.

In general, we prefer this fetch event based system better for a number of reasons:

While there is general agreement with the direction, we still need to work out the details. Google has proposed fall-through fetch, while Mozilla has proposed foreign fetch. They are very similar, however, and we don’t currently anticipate any difficult issues.

The group decided to provide an API during the install event to explicitly opt-out of fetch events for a particular service worker.

Many options were discussed, but the final solution we settled on is to provide disableFetch() and enableFetch() methods on the install event.

The group decided that we need to support coordinated updates for sites with multiple service workers.

Currently its difficult to use multiple service workers for the same site. When you update their code, one will always update before the other one creating the potential for bugs.

We need to spec an extension to the API to allow multiple service workers to update together coherently.

The group decided to support the Service-Worker-Max-Age header.

Currently the update algorithm only examines the top level service worker script to determine if there is a new version. Code within imported scripts is not examined. This can make it awkward to trigger service worker updates when one of these dependent scripts has changed.

The Service-Worker-Max-Age header provides a way to opt-out of this behavior by setting a maximum time to run any single version of the service worker.

Finally, the group decided to have more frequent face-to-face meetings. The next one will be held at TPAC at the end of October.